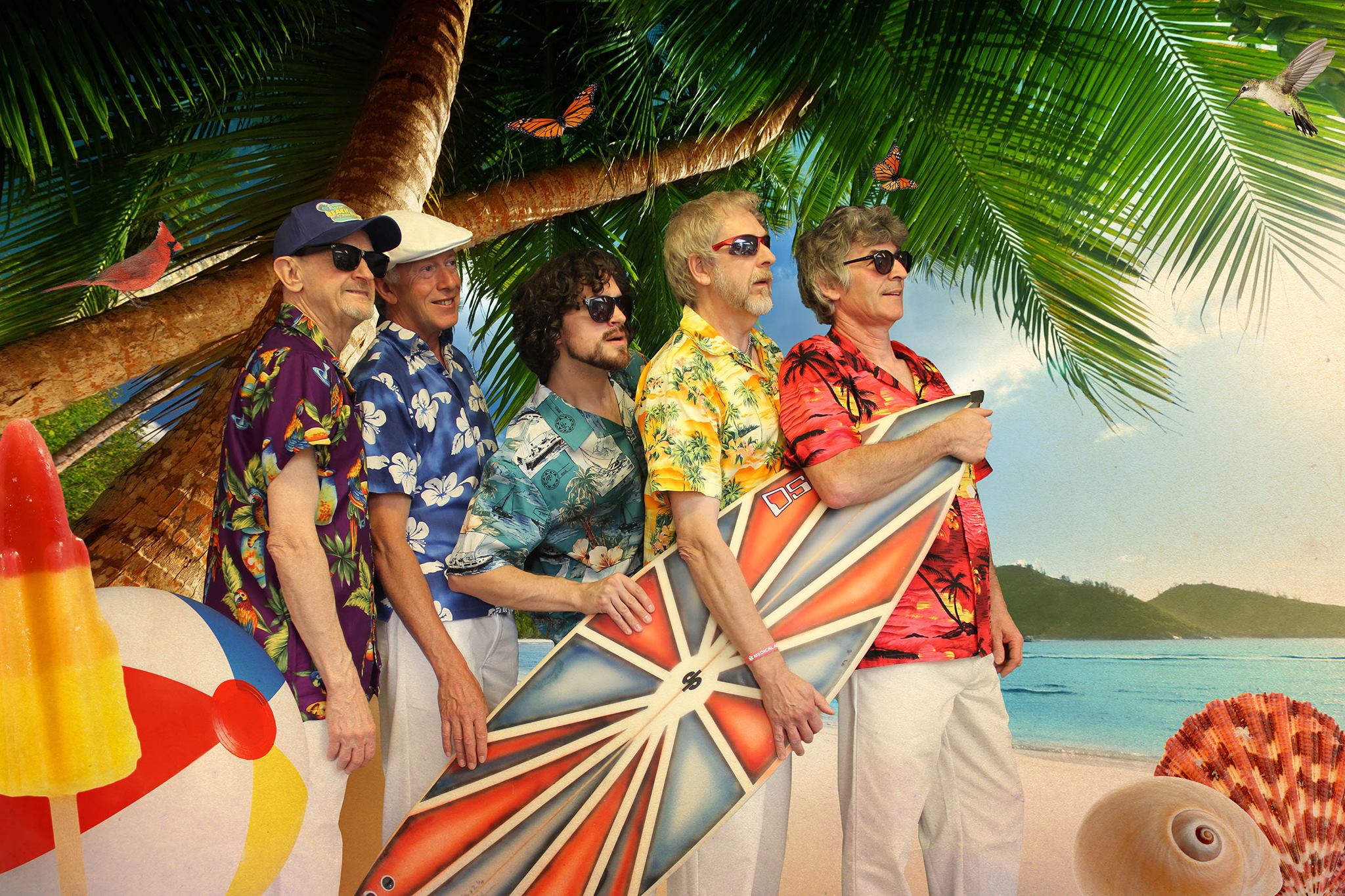 Spread the word – they’re back at The Palace!  After a successful tour of 2021, this block buster Beach Boys Tribute comes back to the Palace Theatre Paignton as part of their 2022 UK tour.

Beach Boyz Tribute Band is back in town with its show The Beach Boys® Tribute Show! See the boys up close as featured on BBC TV, BBC Radio Wales and BBC and independent local radio stations across the UK.  Come join a journey in time and space, back to the 1960s, across to the sunny shores of the Golden state of California where the surf sound was conceived.

Whether you are coming back to see Beach Boyz Tribute Band again or coming for the first time, the show is exhilarating as ever, filling the auditorium with glorious, rich vocal harmony, the five all singing, all playing boys that are Beach Boyz Tribute Band continue to amaze, astound and defy belief in their recreation of America’s biggest and longest selling pop rock band The Beach Boys®.

No other tribute act can provide a lively fun packed show that showcases over 30 hit records, all performed 100% live.

You’ll hear Beach Boyz Tribute Band re-create the early rock and roll sounds with such accurate authenticity you will be transported back to the days of black and white; then carried on a wave of harmony to the multi coloured complex orchestral works of Brian Wilson and the iconic Pet Sounds.  Do not be surprised if at the end of the performance you are on your feet, clapping and cheering for more, you will be in good company, for this tends to happen at every Beach Boyz Tribute Band concert across the UK and beyond!