So You Think You Know About Dinosaurs 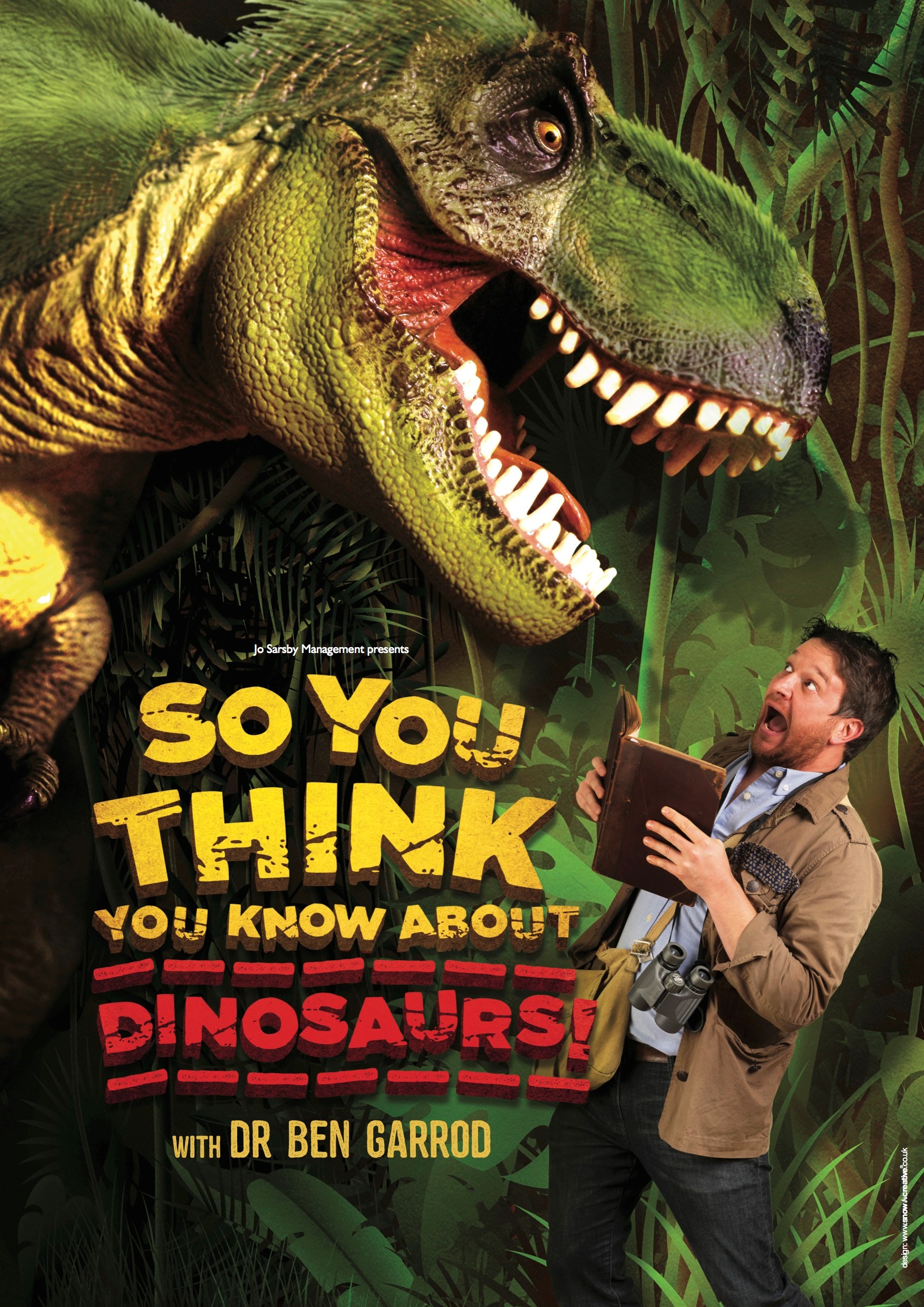 So You Think You Know About Dinosaurs is the hit sold-out stage show starring dinosaur aficionado Professor Ben Garrod. Get ready to go on an exciting pre-historic adventure as Ben talks you through the deadliest predators that ever roamed the planet.  Yes dinosaurs such as Tyrannosaurus rex, Allosaurus and Spinosaurus would have walked or swam right where you are now!

Pitting the knowledge of unwitting parents against their all-knowing kids, Dr Ben presents an interactive, educational and highly entertaining show using film footage from the BBC’s ‘Planet Dinosaur’.  So come and test your knowledge against Dr Ben in this hit live interactive show which is bigger and better than ever.

‘I would highly recommend this show to anyone with a small person that loves dinosaurs!’ Families Online

“It was a thoroughly enjoyable and captivating two hours and my son and his friend were completely hooked throughout and I would urge anyone to catch the show next time around.” Weston Mercury