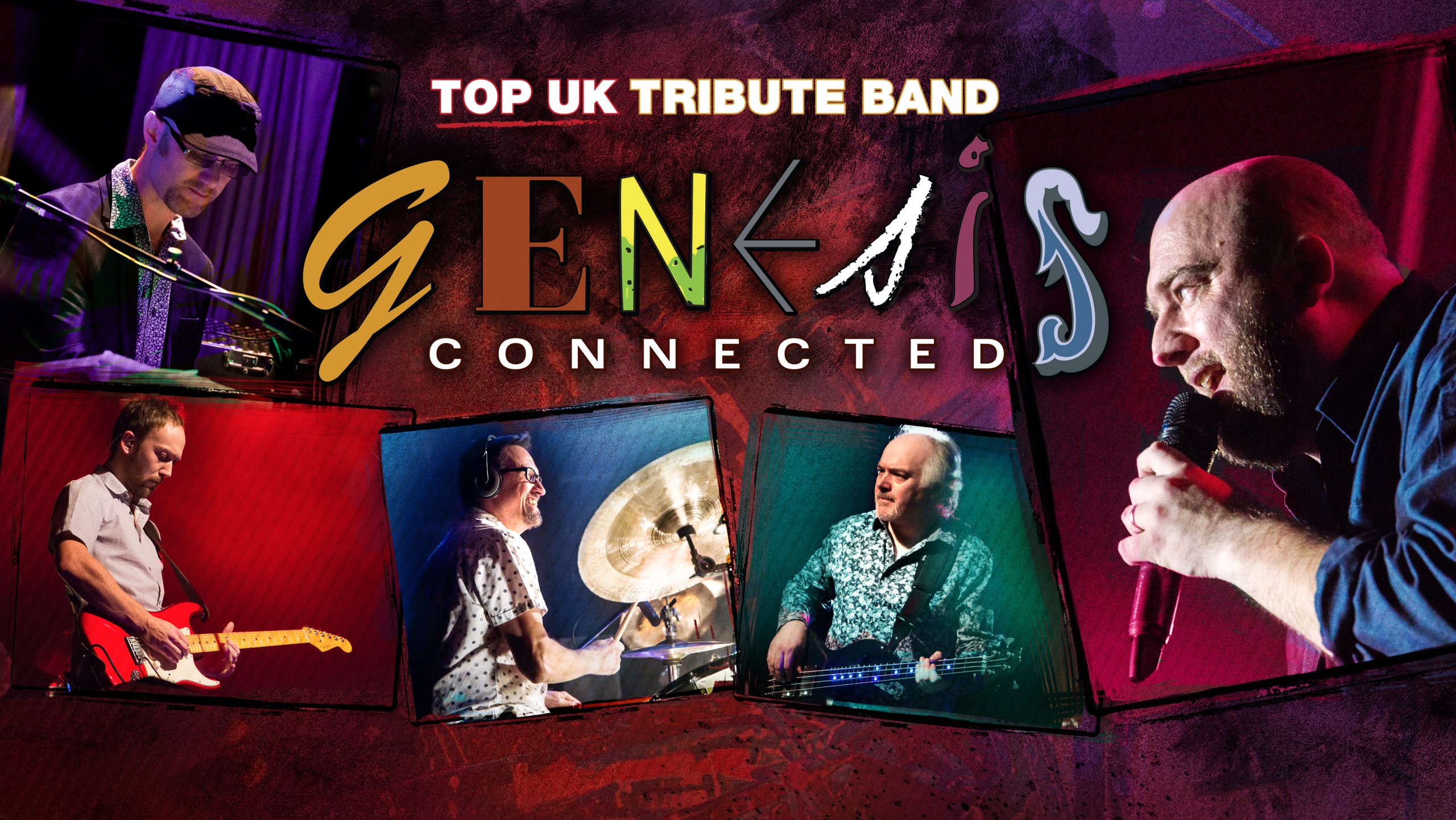 After their sell out show in 2019, Genesis Connected are back on our stage!  A little later than planned, but worth waiting for.

Genesis Connected is a tribute show celebrating the music of Genesis and the biggest selling acts connected: Peter Gabriel, Phil Collins and Mike & the Mechanics. This show has an incredible mix of material, from atmospheric anthems to chart toppers that will get the crowd dancing in the aisles. Hits spanning from the late 70s onwards including; Turn It On Again, Sledgehammer, In The Air Tonight, Over My Shoulder, Against All Odds, That’s All, Solsbury Hill, You Can’t Hurry Love, The Living Years and many more.

The frontman, Pete Bultitude, is not only an incredibly versatile vocalist, he is also a truly gifted drummer just like Phil Collins, So expect the show to include the iconic “double drums” element as featured on every Genesis and Phil Collins tour.