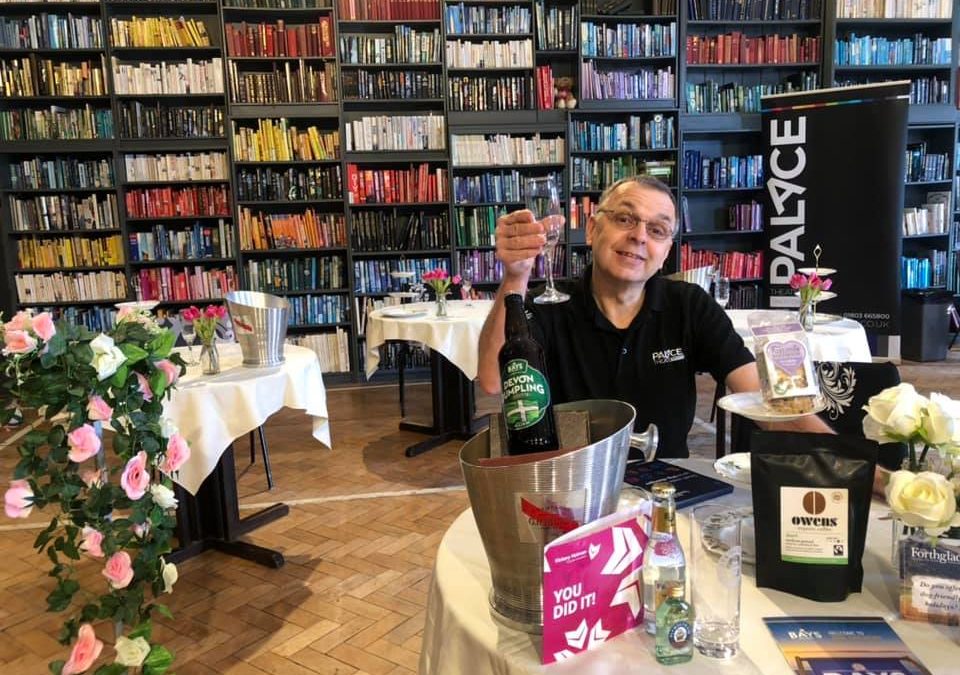 Excellent news! Our wonderful Technical Manager, Clive Simmons, was announced this week as a WINNER in the UNSUNG HERO Devon Tourism Awards. Clive has worked at the Palace Theatre, largely on a part-time basis, for 40 years. His life at the theatre began with voluntary shifts where he learned about stage lighting, sounds and stage management. Until 2019 Clive worked as a full time paramedic but he took early retirement and now concentrates on the theatre.

Clive is the theatre’s YES-man. Every production is different, with varying technical needs. Clive will always find ways to meet their needs and work with performers and producers from all over the country and beyond to provide the best possible technical standards and so the best possible experience for theatre audiences. He smiles his way through some really tight turnarounds of stage sets and lighting rigs, for example transforming the stage from an Agatha Christie country-house set to a Lady Boys of Bangkok extravaganza in a matter of hours.

Clive is well-known in the Paignton community, having run the resort’s famous Children’s Week, the UK’s longest running children’s festival, for 20 years. He has been involved with Paignton Pantomime Productions for 40 years, working with the show’s Director to wow audiences every year; from flying the fairy godmother to designing and making an on-stage illuminated fountain. He has also worked with the Paignton Carnival, Paignton Regatta, has stage-managed TOPS Theatre Productions such as Chitty Chitty Bang Bang at the resort’s Princess Theatre and has even managed to find the time to squeeze in 17 years volunteering for the Coastguard. Clive was heading for retirement from his full-time role as a paramedic when he suffered a heart attack. He has worked carefully to reach a full recovery and has even learned that some jobs need four hands instead of two! The recent COVID-19 crisis and theatre shutdown have taken much of the joy of theatre-life away from all those connected to the theatre but Clive still thinks of ‘his’ theatre first, for example setting up the amazing festive window displays.

All winners gathered for an online awards ceremony and it is hoped that Clive can join fellow Winners for a live celebration event in the summer.Theatre Director, Maureen McAllister: ‘Clive has always been our Hero and it’s been fantastic to have his community contribution recognised in this way. He is our rock and we are all really proud of this amazing win’.

Chair of the Judging panel, Evelyn Stacey, commented: “2020 was a challenging year for us all which made the efforts of the award winners all the more amazing.  I have nothing but admiration for the resourceful way in which our tourism businesses – accommodation, hospitality, activities, attractions, services, both established and new – provided high quality service for locals and tourist visitors alike in a safe and responsible manner.   Having shown skill and innovation during a national crisis, they have firm foundations on which to build for the future and they fully deserve the accolades.”