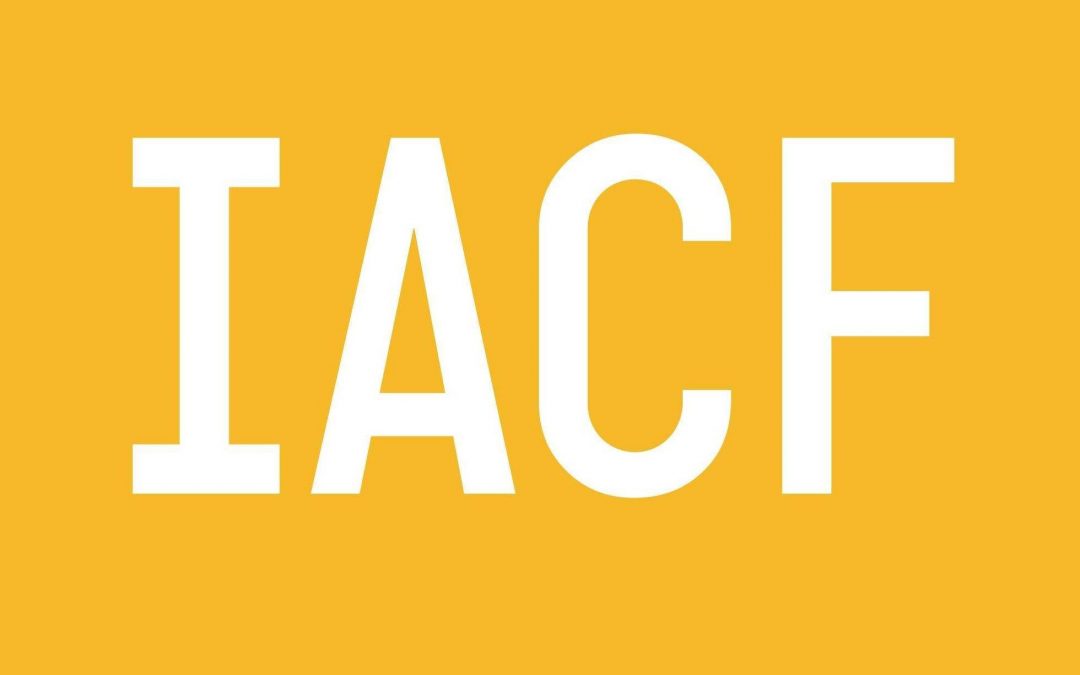 A Reading of AGATHA CHRISTIE’S A Daughter’s a Daughter A Play in Three Acts on 14 September 2019 at Palace Theatre, Paignton.  The play takes place between 1945 and 1949 at the flat of Ann Prentice, in a red brick Victorian mansion block near Sloane Square, London.

CHARACTERS IN THE PLAY In Order of Appearance

Introduced and directed by Julius Green

MIKE EVANS Mike appears regularly in the Christie-inspired “Murdér Express”  interactive theatre events, including most recently as French Detective Inspector Gilbért in The Murdér Express: Jewel of the Empire.

For The Agatha Christie Theatre Company: Gerda in its inaugural production of The Hollow, Louise in Murder On The Nile. In the staged collective of radio plays known as Murder On Air Louise played Fay in Personal Call, Lola Valdez in A Yellow Iris, Mrs Petter/Lady Enderby in Butter In A Lordly Dish and aboard The Balmoral (an Agatha Christie cruise of the Canaries) Mrs Boyle in Three Blind Mice. Edith in A Daughters A Daughter (rehearsed reading Agatha Christie Festival 2016)

Regional Repertory: Jacqueline De Severac in Murder on the Nile, Griselda in Murder at the Vicarage, Mitzi in A Murder Is Announced. Georgie Bukatinski in The Full Monty, Amanda in Private Lives, Beverly in Abigail’s Party, Rita in Educating Rita, Bella Manningham in Gaslight, Jo in John Godber’s The Office Party, Olwen Peel in Dangerous Corner, Lydia Cruttwell in Terence Rattigan’s In Praise of Love.

She is co-founder pf The Dickens Theatre Company and has played Miss Haversham, Emily Cratchit and more unusually Ebenezer Scrooge, in past productions. Their three-handed Victorian adaptation of Shakespeare’s Macbeth is touring this Autumn: www.dickenstheatrecompany.co.uk .

TINA GRAY Tina trained at the Drama Department of the Royal Academy of Music.

She plays Miss Ackroyd, Max Irons’ devoted secretary in the recent film of Agatha Christie’s The Crooked House starring Glenn Close. Last Spring Tina played Miss Marple (“The Spinster”) in Murder, Margaret, and Me at Salisbury Playhouse and she also played Mrs Sadler in Murder at the Vicarage for BBC Radio 4. She is delighted to be back in Torquay, having played the Grandmother in the world premiere reading of The Lie last year.

Television includes Scarborough, The Last Kingdom, Scott and Bailey, Doctors, Heartbeat, Coronation Street.  Film includes Hill, Streets in the Sky, and five Rosamund Pilchers adaptations for German TV.  Radio includes over 1,500 Radio plays and readings for the B.B.C. including The Archers, The Vicar of Wakefield, The Piano, Mill on the Floss, Persuasion. Tina was a member of the BBC  Radio Drama Company from 1993-4.

MATTHEW HEBDEN Matthew is a graduate of the Royal Academy of Dramatic Art.

His first West End role on graduating was the part of Detective Sergeant Trotter in the 50th Anniversary of The Mousetrap, which he performed in front of Her Majesty the Queen. He later returned to The Mousetrap to play Giles Ralston in Shanghai and will be touring India in the role in November. For The Agatha Christie Theatre Company he played Oliver Costello in Spider’s Web and Thomas Clegg in Witness for the Prosecution.

His many other theatre credits include  Claudius in Hamlet and the Knight in The Canterbury Tales, both for REL productions, Lysander in A Midsummer Nights Dream, Lucentio in The Taming of the Shrew, Westmorland in Henry V and Paris in Romeo and Juliet, all for the British Shakespeare Company, as well as Tesman in Recording Hedda for the Ibsen Stage Company. He also played Gilbert in the National tour of the award winning comedy The Sinking of the Titanic. His most recent national tour was playing Doctor Sparling in a revival of RC Sherriff’s Home at Seven.  His screen work includes Alain in the feature film Sink, Postumus Leonatus in Sweet Swan of Avon, Albert DeSalvo (the “Boston Strangler”) in an ITV documentary and the award-winning Devil Town.

MARCUS KNIBBS Marcus trained at the Royal Welsh College of Music and Drama.

Television and radio includes Brookside (Mersey TV), Dream Team (Sky One), Watchdog (BBC), Jonathan Creek (BBC), Sam the Spaceman (BBC Radio Drama for Blue Peter).  Marcus is delighted to be taking part in this reading of A Daughter’s a Daughter, which marks his first professional association with Agatha Christie. He does have a tenuous link with Christie however; he grew up in Kingsthorpe, Northampton, birthplace of the inimitable Joan Hickson, perhaps the world’s favourite Miss Marple.

CHLOE NEWSOME  Chloe has appeared for the Agatha Christie Theatre Company as Midge Harvey in The Hollow, Jaqueline de Severac in Murder on the Nile and Vera Claythorne in And Then There Were None. She has also played various roles for the Company in Murder on Air, and gave readings from Christie’s plays at the 2016 Oxford Literary Festival.

In 2010 she played Alix in the premiere of Louise Page’s new adaptation of Love From a Stranger at the Mill at Sonning, and in 2015 she was honoured to be asked by Mathew Prichard to voice his grandmother in a talk given by him to mark the 125th anniversary of her birth. In 2019 she appeared in the world premiere reading of The Lie at the International Agatha Christie Festival in Torquay.

Chloe’s extensive stage work includes Alphabetical Order at Hampstead Theatre, tours of Dangerous Corner and The Importance of Being Earnest, the Jane Austin classics Emma for John Adams at Basingstoke and Pride and Prejudice for the Good Company. She also appeared for the Good Company in Chekhov’s The Sneeze and as Desdemona in Othello. Other Shakespeare plays include The Taming of the Shrew (Bianca) A Midsummer Night’s Dream (Hermia and Puck) and Twelfth Night (Viola) all of which were performed open air at both Stafford Castle and Kirkstall Abbey. She has twice appeared at the Chester Gateway theatre; in The Young Idea by Noël  Coward and the Ealing comedy Shooting Star directed by her hero, the late Frith Banbury. Other theatre credits include Treehouses at The Union in Southwark, and the thriller Wait Until Dark and Spring and Port Wine at the West Yorkshire Playhouse, directed by Alan Dosser. Alan also directed Chloe in The Life and Crimes of William Palmer for Yorkshire Television.

Other television includes Paulette in Sharpe’s Waterloo and, of course, five years on Coronation Street in the role of Victoria Arden/McDonald. Film includes Alice in Lost Christmas opposite Eddie Izzard, A Picture of Me and The Jealous Gods.

MARTIN LEWTON Martin is an actor, writer and theatre director with more than one hundred productions to his credit in the UK and internationally.

His latest play Scream Queer Murder – a comedy thriller about the gay characters in a murder mystery writer’s novels (in which he also plays the part of Patrick) premieres at this year’s International Agatha Christie Festival tomorrow evening, following a very successful “try-out” at the Palace Theatre Paignton in March. He is also the author of Death By Murder! which has toured the north of England and his stage play One Fat Lady was performed at the West Yorkshire Playhouse by Tina Gray (playing Edith tonight).  Martin is Artistic Director of the award-winning theatre company Theatre North which specialises in LGBT theatre accessible to gay and straight audiences alike. He is Director of ¡Barcelona Solo! International Festival of Solo Performance and he is a Fellow of Birkbeck Centre for Contemporary Theatre where he has premiered many performance pieces.  Martin also teaches acting, writing and devised theatre at the Institute of the Arts Barcelona, Spain.

JULIUS GREEN Julius is an Olivier award-winning theatre producer and a Fellow of the Birkbeck Centre for Contemporary Theatre, University of London.

In 2012 he was invited to write the introduction to HarperCollins’ sixtieth anniversary edition of The Mousetrap and Other Plays, and in 2015 HarperCollins published his book Agatha Christie; A Life in Theatre. The leading authority on Christie’s work as a dramatist, his numerous appearances as a speaker on the subject include the Oxford Literary Festival, the International Agatha Christie Festival in Torquay, the National Theatre’s ‘Platform’ series and the Cambridge Agatha Christie Conference. In 2017 he became the archivist for the historic production records of The Mousetrap and in 2018 HarperCollins published a revised and updated edition of Agatha Christie; A Life in Theatre in paperback. He is also the author of How To Produce A West End Show (Oberon Books, 2012) and a regular columnist for The Stage newspaper.

Finding Your Confidence – You Can Do It! Taster Sessions with Anne George

Buddy Holly and the Cricketers